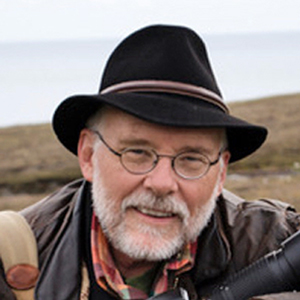 The problem of feeding our hungry planet has taken Jim around the world several times for National Geographic Magazine. Over the last 20 years, he has covered stories of food, farmers, and the vast problems and possibilities before us. Few have been given such an opportunity to see the breadth of the problems, as well as to meet the people who grow our food — our farmers. This program is a unique opportunity to see the big picture of agriculture on our planet and the many ways agriculture affects our environment. In this sweeping program Jim begins 10,000 years ago during the Neolithic revolution and explores how farming and food production have become mankind’s biggest endeavor.

Jim is also known for his documentary photography of small towns and rural issues. CBS News Sunday Morning twice profiled his 35 year-long journal of Cuba, Kansas. ABC News Nightline chronicled Jim’s coverage of the Columbia River and the process of assembling the resulting National Geographic Magazine story. Martha Stewart Living and myriad books and magazines have profiled his work. His 1979 study of adolescence, “High School USA,” is now considered a photo essay classic and is used in college classrooms. In 2015, he was honored by his fellow National Geographic photographers as their “Photographer’s Photographer.”